How life coaching can transform your life 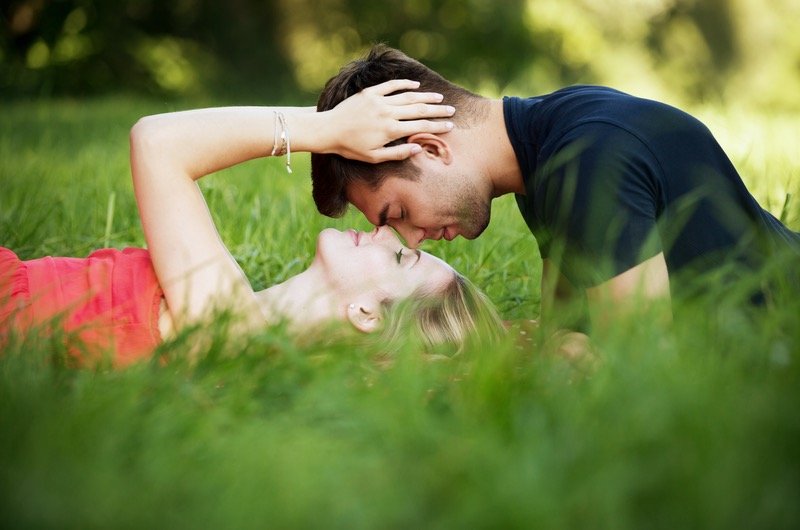 Some people say it’s far better to be alone than in bad company. And I agree, especially since it’s always easier to work on your personal growth when you’re not in a relationship. But sometimes, life doesn’t work as we plan.

“It’s complicated” is a relationship status that doesn’t surprise us anymore these days.

A few days ago, I had a profound and very interesting talk with one of my clients. Let’s call her Julie.

Julie is a married woman who wants me to start coaching her.

The coaching works like this. With every new client, I discuss certain topics in the first free session. I usually ask things like where they are in their life right now, what they want and how committed are they to accomplish the change.

All this helps me to get an idea of who they are and if we are a good fit. These simple questions also, help me to create a bigger picture about whether I could help them with their problems or not.

After Julie and I had talked about all this, it dawned on me that she’s married, so I started asking about her husband and their marriage.

Whenever I coach married people, I ask if they were willing to do the coaching as a couple. You see, that makes things easier and better for everyone involved.

Very soon I found out that her husband —let’s call him Gus— was against all of this. He was a traditional kind of guy, and he didn´t believe in coaching. Instead, I sensed that Gus was one of those men who believed in their daily routine: working from 9 to 5, coming home and then relaxing in front of the TV. He sure was a very manly guy and didn´t like to talk about his feelings.

Anyway, Julie said there is no way he would join her on this journey.

So, we talked about how much her life would change in the following months with this coaching. I had already seen the things she wanted to change in her life, and I knew I could help her with that. The thing that might become an obstacle and got in her way were those traditional ways of her husband.

There was a high possibility that differences between them would grow even bigger after a few sessions.

Of course, there’s always a chance that, once Gus had seen the difference in her wife, he might have wanted to come on board as well. Had he seen her smiling more often and having more positive thoughts about her life, he could eventually, started to follow her.

So yeah, there’s a chance he would change his point of view! But then again, he might not.

On the other side, what can happen is that he will see this coaching as a reason her growing apart from him even more. He will try to manipulate her. It may surprise you, but spouses are usually good at this kind of thing.

Let’s say Julie arrives home on a Thursday night, and she has some personal homework to do, which would only take her about an hour. But then her husband comes in and says “Oh, but I thought we would spend some time together! You are always in your books, doing research and talking about your coaching…” He would then try to persuade her and draw her back to what she used to be.

Now, you’re probably thinking: “How selfish is that! Why wouldn’t he let her grow and be happy? Someone who prevents you from growing is not someone who loves you!” And you’re definitely right, but that’s just the way it is.

This is no news in relationships.

We shouldn’t judge Gus because of this. Sadly, he is only behaving accordingly to his own values and philosophy. If he’s not willing to change his —even if his wife is willing to change hers— then that’s just the way it is going to be.

After discussing all these things, I had to ask Julie to take some time to reflect upon this matter.

When you decide and make a turn on this path, you’ll soon find out there comes a breaking point. Once you are beyond that breaking point, there’s no turning back.

I don’t know anyone who reversed their personal growth. It’s just not how it works.

It’s like when you start working out. The moment you start seeing results, you become more driven and enthusiastic about it. You want to train more and more! Thus, it’s really hard to go back and be that lazy person you once were.

With personal growth, it’s even more so because you don’t have to go anywhere. You do an “inner workout,” so to speak. It’s just happening right here, inside your mind, heart, and soul.

So, it’s really hard to reverse the process. To take a step backward and just undo all your hard work.

And that’s a good thing.

If you’ve been through this, you know what I’m talking about, and you are probably 100% sure by now that you would never want to go back anyway.

So yes, there is a possibility Julie might realize that they aren´t good for each other anymore.

In that case, she would probably encounter many interesting things, meet new people. It might even turn out that she needs a man in her life who would be more in line with her personal growth as well.

Unfortunately, there’s already a huge gap between her and her husband as we speak. There are things she wants to do so badly, but can´t because Gus doesn´t approve of them.

The minute we start our coaching for real, I am going to start pushing her out of her comfort zone, encouraging her to do all those things. Most likely, her husband will resent this.

He needs her attention on him, but she will be putting all that focus on herself.

Given that Gus is used to a patriarchal system –in which the woman must attend to all husband´s needs– this will be difficult for him to handle.

That’s why I will try to persuade them to do this coaching together. It’s much harder to keep somebody motivated in doing things he/she needs to do when there’s always someone at home pulling them back and undermining the work they have already accomplished.

At this point, a lot of my clients quit.

After a few weeks of work, things beginning to get real. This is when you actually start challenging people, and things are starting to change as well. But because of a “home situation,” they simply abort the mission.

I decided to explain all these things to Julie so she would know what’s ahead of her, both the good and the bad part.

If she decides to keep on going on this path, she will have to commit to it. She will have to take a huge leap, perhaps even for the price of her current relationship.

But she’s a smart woman. Deep down, she already knows what might happen. She’s aware of all potential possibilities.

She even started doing some personal development on her own a few months ago. Now, with coaching, things will only develop faster. And I’m sure she will do just fine.

The most important question you have to ask yourself regarding personal development is how committed are you and are you willing to change your whole life upside down? Make no mistake; the change will happen. Whether you like it or not.

There are positive and negative things in life, as always.

“The good thing about personal growth is that it helps you see what you need to learn from your mistakes and failures.”

At this point, I should mention a lesson I personally learned thanks to Happy. Thanks to my dog Happy I realized very important differences between my girlfriend and me. We broke up, eventually. And of course, it was a terrible situation. Breakups always are.

But now, I’m only grateful to my dog and to my own personal development, which started at that point.

Back then, I was making the same mistakes I’m now telling people not to make. You know, things like:

“First take care of yourself and try to find people who are aligned with your views and completely accept you for who you are, no matter what.“

To keep on growing, we need to have the right people in our lives.

Welcome to Life After Failure

Join us on the Journey!

Don’t let depression get you (or your loved ones) down!

Dealing with gloomy, rainy days: How to brighten up your mood

Previous Post 5 Morning Rituals of Successful Entrepreneurs that Can Help You Boost Productivity Next Post Dealing with gloomy, rainy days: How to brighten up your mood